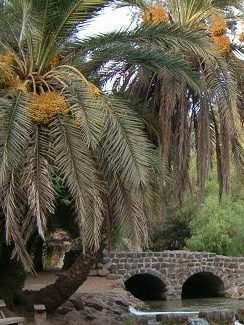 By Greg CummingOctober 3, 2018October 22nd, 2021No Comments
Watch This Message

Ever watch Judge Judy?
People would come into her courtroom in tears for her to judge on very real and very painful disputes.
“He ripped me off and took my business.”
“She ran off with another guy and she wont let me see my children. I desperately want access to them.”
“My neighbour wont cut down his tree and it drops oozing black fruit on my driveway.
” She built out over my boundary fence and I want it removed.”

Whether she was always right or often got it wrong, there has always been the need for minor disputes (major to those going through them), to be resolved by an impartial and wise person.

Once Bethel became established and the tribe of Benjamin took control of it, life settled down and people got about their daily lives.

Of course in the daily lives of people back in the days after the conquest of the Promised land, there were disputes, just like in today’s world, requiring impartial and wise judgement.

Issues of land ownership, family matters, financial disputes, and all the problems that occur in every community in the world, also arose in the communities of Israel.

And these matters had to be handled by wise leaders whom God had appointed and had anointed to deal with them.

She was a very special woman indeed. And she became a renowned judge and leader in Israel.

But how did Deborah judge the people in those days?
In a court room like a Judge Judy?
No.

Deborah is renowned for keeping court UNDER A PALM TREE.
So well known was she that the palm tree was called the “Palm tree of Deborah”.

Isn’t that a lovely thought?
And that Palm Tree court where Deborah judged the issues of the nation, was sitting in the REGION OF BETHEL – BETWEEN RAMAH AND BETHEL to be exact.

Judges 4:4 Now Deborah, a prophetess, the wife of Lapidoth, was judging Israel at that time.
5 And she would SIT UNDER THE PLALM TREE OF DEBORAH BETWEEN RAMAH AND BETHEL in the mountains of Ephraim. And the children of Israel came up to her for judgment.

So BETHEL is the region where the first female judge of Israel presided court.

200 years later, another judge of Israel, Samuel (the last judge of Israel) who lived in Ramah, would travel to BETHEL to hold court.
He was a circuit judge, visiting various cities from year to year (including BETHEL) to bring his wise judgement and settle local disputes.

1 Samuel 7:15 And Samuel judged Israel all the days of his life.
16 He went from year to year on a circuit to BETHEL, Gilgal, and Mizpah, and judged Israel in all those places.
17 But he always returned to Ramah, for his home was there. There he judged Israel, and there he built an altar to the Lord.

What gifts has the Lord given you?
Are you using them?
When you are prepared to use them, and He touches them, you can be used by the Lord in an amazing way.