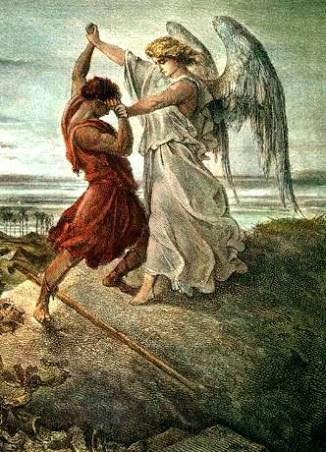 #60 Bethel – So He Called His Name Israel

By Greg CummingSeptember 19, 2018October 22nd, 2021No Comments
Watch This Message

So many significant things happened in Bethel. No wonder that it is mentioned so many times in the scripture.

Ever wonder where the name Israel came from?
Where the nation of Israel received it’s heritage?
Why we call the Lord -the God of Israel?
Why Jesus is coming back to Israel?

The name Israel was given by God to Jacob.
It happened on his journey back from Padan Aram one night where Jacob wrestled with the Angel of the Lord in a place that Jacob called Peniel.

Genesis 32:24 Then Jacob was left alone; and a Man wrestled with him until the breaking of day. 25 Now when He saw that He did not prevail against him, He touched the socket of his hip; and the socket of Jacob’s hip was out of joint as He wrestled with him.
26 And He said, “Let Me go, for the day breaks.” But he said, “I will not let You go unless You bless me!”
27 So He said to him, “What is your name?” He said, “Jacob.”
28 And He said, “Your name shall no longer be called Jacob, but Israel; for you have struggled with God and with men, and have prevailed.”
29 Then Jacob asked, saying, “Tell me Your name, I pray.” And He said, “Why is it that you ask about My name?” And He blessed him there.
30 So Jacob called the name of the place Peniel: “For I have seen God face to face, and my life is preserved.”

So Jacob was renamed in Peniel, but this name change was confirmed by God in Bethel.

Genesis 35:8 Now Deborah, Rebekah’s nurse, died, and she was buried below Bethel under the terebinth tree. So the name of it was called Allon Bachuth.
9 Then God appeared to Jacob again, when he came from Padan Aram, and BLESSED HIM.
10 And God said to him, “Your name is Jacob; YOUR NAME SHALL NOT BE CALLED JACOB ANYMORE, BUT ISRAEL SHALL BE YOUR NAME.” SO HE CALLED HIS NAME ISRAEL.

Does God change people’s names? Yes He does.
In the Bible, names have meanings and God changed their names so as to ultimately reflect their new identity.

He changed Sarai’s name (she that strives, quarrelsome) to Sarah (my princess).

In the New Testament, true to form, Jesus called Simon the son of Jonah, Cephas (or in Greek Petros) which means stone or rock.

So what do the names Jacob and Israel mean?

Jacob (Yacov) means “He grasps the heel, supplanter”. A supplanter takes over or takes the place of someone else, usually on purpose.

Israel on the other hand יִשְׂרָאֵל (Yisra`el), meaning “one that struggled with the divine angel” (Josephus), “one who has prevailed with God” (Rashi).

The prophet Hosea describes the overall journey of the life of this man – the change of nature of Jacob as he encountered God and then journeyed with God to eventually have the nature of Israel.

Hosea 12:3 He TOOK HIS BROTHER BY THE HEEL IN THE WOMB, and IN HIS STRENGTH HE STRUGGLED WITH GOD.
4 Yes, he STRUGGLED WITH THE ANGEL AND PREVAILED; he wept, and sought favour from Him. HE FOUND HIM IN BETHEL, and there He SPOKE TO US—
5 That is, the Lord God of hosts. The Lord is His memorable name.

When you first encountered the Lord, what were you like? Self focused? Self absorbed? Selfish? Rebellious? Proud? Angry? Smug? Self righteous?

And now? After time has gone past and the life of Jesus has come into your heart?
And the Holy Spirit has slowly been taking His place in your life?
And your journey with God is maturing and developing?
And the fruits of the Spirit are becoming evident through the trials and testings?
Love, joy, peace, patience, goodness, kindness, gentleness, faithfulness and self control?

When people who knew you before, now see you after many years have passed, do they say “You haven’t changed a bit – same bad temper, same ego…” or do they say “ Wow what happened to you? You are so different.”

When you encountered Jesus, you became a new creation, with a new nature and a new name. You belong to Him.

Read these statements out loud. This IS your NEW NAME – YOUR NEW IDENTITY.