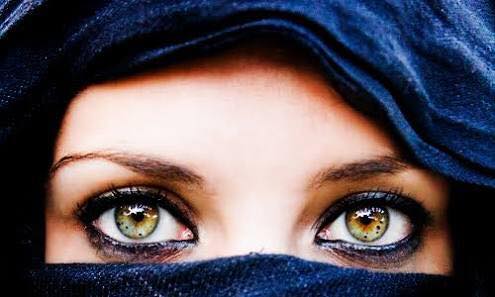 After Moses had passed the baton of leadership to Joshua and died, God spoke to Joshua while they were still camped on the eastern side of the Jordan River opposite Jericho.

Joshua 1:2-4 “Moses My servant is dead. Now therefore, arise, go over this Jordan, you and all this people, to the land which I am giving to them—the children of Israel.
3 EVERY PLACE THAT THE SOLE OF YOUR FOOT WILL TREAD UPON I HAVE GIVEN YOU, as I said to Moses.
4 From the wilderness and this Lebanon as far as the great river, the River Euphrates, all the land of the Hittites, and to the Great Sea toward the going down of the sun, SHALL BE YOUR TERRITORY.

So Joshua sent out 2 men to spy out the City of Jericho. They encountered a harlot named Rahab who hid them from the King of Jericho and asked them for protection when they attacked the city.

But listen to her words.

Joshua 2:8 Now before they lay down, she (Rahab) came up to them on the roof,
9 and said to the men: “I KNOW THAT THE LORD HAS GIVEN YOU THE LAND, that the terror of you has fallen on us, and that all the inhabitants of the land are fainthearted because of you.
10 For we have heard how the Lord dried up the water of the Red Sea for you when you came out of Egypt, and what you did to the two kings of the Amorites who were on the other side of the Jordan, Sihon and Og, whom you utterly destroyed.
11 And as soon as we heard these things, our hearts melted; neither did there remain any more courage in anyone because of you, for the Lord your God, He is God in heaven above and on earth beneath.

What a declaration of faith! Even Rahab, a Canaanite harlot understood that the Lord owned the earth and had given it to the children of Israel.

Joshua then led the children of Israel across the Jordan River, placing 12 stones as a memorial to the Lord in the River Jordan and then moving them to Gilgal, where all the men were circumcised, and the nation celebrated their first Passover in their promised land.

And then the Lord commanded Joshua to take the city of Jericho.

In the battle of Jericho Rahab the harlot, let down a scarlet rope to indicate the position of her house in the wall of Jericho and when the walls of Jericho fell down, her section of the wall remained in tact and she and her family were the only ones spared by the Israelite army.

In fact, this very special woman of faith who upheld the covenant that God made with Abram, ended up marrying a man from the tribe of Judah named Salmon and together they became the proud parents of a boy named Boaz.

Boaz of course grew up to became the benevolent businessman from Bethlehem who married another non-Jew named Ruth (yes from the book of Ruth), who gave birth to Obed, the father of Jesse, the father of King David and ultimately they were the great, great, great grandparents of the Lord Jesus – the Messiah.

Hebrews 11:30 By faith the walls of Jericho fell down after they were encircled for seven days.
31 By faith the harlot Rahab did not perish with those who did not believe, when she had received the spies with peace.

Even Rahab by faith understood that by surrendering her life to the God of Israel, the one true God, she would be spared and her life grafted into the promises that were bestowed on the descendants of Abram.

She became a part of God’s great story – by her faith.
Of all the people in her city, she (and her family) were the only ones who were spared.