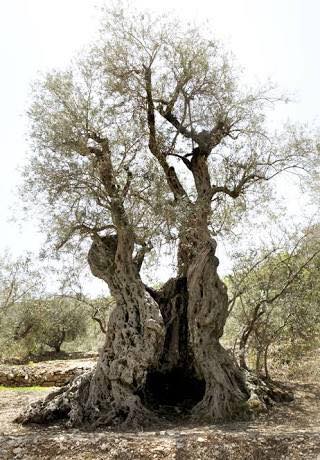 #20 The Terebinth Tree Of Moreh

Genesis 12:6 Abram passed through the land to the place of Shechem, as far as the terebinth tree of Moreh. And the Canaanites were then in the land.

We’ve looked at the importance of the city of Shechem. Now let’s look into Shechem at the very place where Abram stopped – the terebinth tree of Moreh. Let’s take a look at this famous tree.

For a start the word for Moreh is in Hebrew
‎מוֹרֶ֑ה
and it means “to throw”, “to shoot”, “to teach”.
and became to mean a place where God spoke.

And of course this is where God spoke to Abram -in fact appeared to him.

And the tree was no ordinary tree. In fact Moses said there was more than one.

Deuteronomy 11:29 Now it shall be, when the Lord your God has brought you into the land which you go to possess, that you shall put the blessing on Mount Gerizim and the curse on Mount Ebal.
30 Are they not on the other side of the Jordan, toward the setting sun, in the land of the Canaanites who dwell in the plain opposite Gilgal, beside the TEREBINTH TREES OF MOREH?
31 For you will cross over the Jordan and go in to possess the land which the Lord your God is giving you, and you will possess it and dwell in it.
32 And you shall be careful to observe all the statutes and judgments which I set before you today.

Scholars say that the terebinth tree of Moreh is an oak tree. Others say it is Pistacia palaestina which grows prolifically in the region and can grow quite large and in groves.

Some scholars say that the Canaanites attributed trees to their ‘teachers’.

It is most likely that this tree, amongst other trees was a landmark. It was most likely a tree of great size and therefore great age – probably having started growing from the end of the great flood 350 years earlier.

An oak or pistacia seed being guided carefully by the hand of the Lord to float through the torrential and rapidly flowing flood waters and finally coming to rest in the soil of that land between the two mountains of Gerazim and Ebal.

And there it began it’s life to become the significant landmark that would draw Abram’s eye as he entered the land and cause him to stop and pitch his tent.

Here at this ancient land mark the Lord would appear to Abram. Abram would build an altar under its massive branches to mark the ground as holy and special.

It was both a LANDMARK and a FAITH MARK.
Say the work “FAITH MARK” out loud to yourself.

175 years later, Jacob would come and buy the land and dig a well and settle here.
He would bury all the foreign idols at the base of this tree – at the place of Abram’s altar. It too was a FAITH MARK.

Jacob’s sons would herd their sheep near this familiar landscape icon and sell Joseph into slavery – so sealing God’s plan to save them from a future famine and so preserve the nation and fulfil His covenant with Abram.

Hundreds of years later Joshua would return with a nation – now millions of people, descendants of Jacob and to this very spot. Here the nation declared allegiance to the Lord. He put a great stone there as a further landmark and a FAITH MARK.

Joseph’s bones were buried at the place where the old tree stood. A FAITH MARK.

Abimelech would be declared the first King of Israel here, under the terebinth tree.

Rehoboam would come to the tree to be declared King over Israel.

Jeroboam would make this site where this great tree once stood, his first capital of the new northern Kingdom of Israel.

And Jesus would speak to a gentile, Samaritan woman here and declare Himself the Messiah to her – so declaring that the covenant was not just to the physical sons of Abram but to all who would believe on Him as the Messiah.

The great old landmark – the terebinth tree of Moreh. It was a mighty FAITH MARK provided by the Lord to the nation of Israel and to the future spiritual sons of Abram.

Does your life contain a landmark/ FAITH MARK to the Lord , like the Great tree of Moreh? A special thing that draws you back to your commitment to Him?
Is it a place where you go to be with Him every day?
Is it a certain song you play and worship to?
Is it a person you go to who you know will draw your life back to the things of God?
Is it your church or group of people?

Let me know what great landmark/ FAITH MARK you use to continually bring yourself back to your commitment to the Lord.