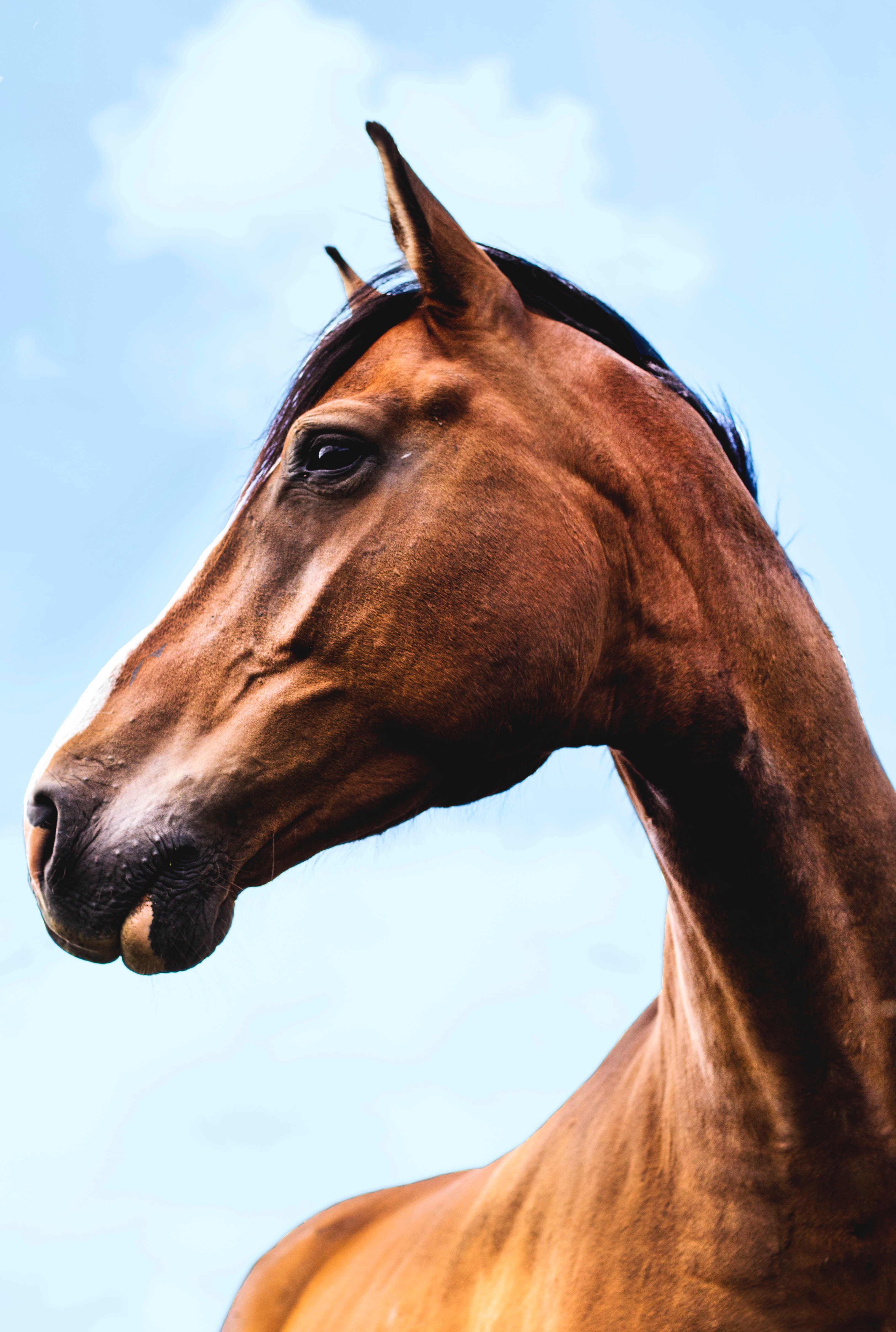 Moving the Australian Ebassy from Tel Aviv to Jerusalem.

There are 5 important cultural things you must know about Australians.

Firstly, Australians almost always back the underdog. The little guy, the worker, the single mum, the boy they said couldn’t play football but ended up leading the Australian side, the chocolate soldiers in Kokoda. We believe in giving people a fair go.

Secondly, we always stick up for our mate – even when he or she has done the wrong thing. When I was at uni, my mate Nigel was a jerk one day to a group of bigger, tougher guys. At the end of a lecture they surrounded him in outside the lecture room and it wasn’t looking good for him. Fact was, if he wasn’t my mate, I would have been part of the group that was going to teach him a lesson, but I WAS his mate. So that ingrained part of our culture meant that I had to go into that circle and let them know that there were now two of us. Mates stick up for each other.

Thirdly, when an Australian calls you an idiot, it doesn’t necessarily mean that you are, but often is an endearing term that actually denotes his friendship to you. If you are not an Australian, don’t try this. The word when said by an Aussie “You idiot” has a certain intonation on it that means “Mate” and not “Jerk”. When said by others, it is nearly always taken as abuse.

Fourthly, we seem to endure hardship better than most, which is why as a nation we spend a fortune each year on four wheel drives and camping equipment so that we can go and spend our holidays and live in voluntary poverty in campsites all around the country. It is why we get into fights and speak our mind on most matters. Maybe it’s a bit of the Irish or the Scottish in our heritage.

Fifthly, right or wrong, we are historically not good with authority, especially when that authority simply doesn’t make any obvious sense.

With that understanding of Aussie culture in mind, I turn my attention to the point of this message.
In 1917, the Aussies, along with British and New Zealanders did something really amazing and very important. The setting was Beersheba in the southern wilderness of then-called Palestine. The Turks, whose great empire was floundering, had control over the wells in Beersheba and a stronghold on the land, including the city of Jerusalem.

On the evening of 31 October, as a part of a campaign that included New Zealand and British troops in other places creating diversions, the Australian 4th light horse made an unconvential decision late in the day, and charged across 6 miles of desert under the cannon and gun fire of the Turkish troops based in Beersheba and took control of town and the ancient wells there.
“So what?” you say.  “Who cares about a well or two in the desert of Palestine? Gallipoli and Anzac Cove was much more important to Australians than Beersheba wasn’t it?”

Without in anyway diminishing the heroism and tragic losses of the Australians and New Zealanders in the infamous Gallipoli Campaign against the Turks, in terms of the big picture of the Kingdom of God, the lesser known battle at Beersheba had significantly greater importance and we Australians were the ones who made the charge. Taking into account the 5 aspects of Australian culture I mentioned before, this rugged, tired and thirsty band of men and their horses – mounted infantrymen, not cavalrymen, threw caution to the wind and galloped into the town of Beersheba and liberated it.

This started a chain of events that eventually led to the liberation of Jerusalem by General Allenby and ultimately to the reconstituting of the State of Israel in 1948 – just as the Scriptures promised would one day happen and indeed must happen before Jesus comes back. Yep, the Aussies were a significant part of the success of that campaign that changed the course of events in Palestine.

Since that time, we have always been mates with Israel. Think about it. While others ‘ummed’ and ‘ahhed’ about receiving persecuted Jewish people throughout the war, we said ‘yes’. When the time came for the vote in the UN regarding the resolution (181) to form the independent State of Israel in 1947, Australia was the first nation to say ‘Yes’. (Alphabetically we came before any other ‘yes’ voting nation – but we’ll claim it).

To this day, we have been called a part of the triumvirate – USA, UK and Australia that have stood strong with our mate Israel through thick and thin.
Even when the USA faltered under President Obama and UK reneged on her promises toward Israel throughout the last century, Aussies just kept walking on in amongst the big guys, when our mate Israel got himself into a pickle. Sometimes we rolled our eyes and said ‘You idiot’ (remember that is a term of endearment to an Aussie) at the same time as we were rolling up our sleeves to jump in and get in the fight.

Now one hundred years later, we have to lead the charge again. Yes. No one else, even the big guys, seem to have the courage to do what needs to be done. Our mate Israel is under attack again. Now I’m not personally particularly fussed on the physical city of Canberra. Yes it’s a beautiful city. But it’s cold, its dry, its built on Burleigh Griffin’s so called freemasonry design, and it’s in the middle of the ACT which is in the middle of NSW which is a long way from the rest of populated Australia – BUT it IS our capital and it was founded a long time ago – 1913, just over a hundred years ago.  And so as Australians we would all defend Canberra as our capital city, our seat of government, and would expect that every nation that desires relationship with our nation, respect our decision to have our capital in this more remorely located city of Canberra and expect that each of these nations would base its embassies in our capital city. To do otherwise would be an affront to us.

Every other capital city in the wolrd has international embassies in their capital cities – but not Israel. No. Where are all the embassies? They WERE in Jerusalem, but out of fear and intimidation they were all moved to Tel Aviv. How would we feel if all nations decided to say to us, “We ignore your decision to have Canberra as your capital city and we will instead have our embassy in Sydney.”

And yet, it’s an embarrassing fact, that we too have joined the world in its abandonment of the support of our Jewish brothers and sisters, buy submitting to world pressure to move our embassy out of Jerusalem and into to Tel Aviv. Why would we, Aussies do this? It’s just not us. We stick up for our mates, even if we are going to get hurt doing it.

I’m prepared to say that we made a mistake and we have to make ammends. Otherwise how could we ever look Israel in the eyes again and say the word, “Mate”.

I propose that we lead the charge again.

Donald Trump and Mike Pence have said that they would move the American embassy from Tel Aviv to Jerusalem: “it’s not a matter of if, but when”.
I have heard that some of our MPs have said, “When America does, we will.”

If we were still waiting for others to take Beersheba, there would not even be a state of Israel. No, with God on our side, Aussies charged Beersheba – surprising everyone especially the Turks. We need to make some strong leadership decisions and do Beersheba all over again. Our mate needs us. Israel is asking nations to move their embassies to Jerusalem to resolve the issue of Jerusalem as their capital once and for all.
Why not be the first. We are small of population. Not very polished and shiny in many respects. But we have the courage, the disposition to not just do the status quo, but to throw caution to the wind and impetuously charge.

From a legal sense, to move the Australian embassy to Jerusalem is the right thing to do. In San Remo in 1920, the League of Nations (representing the nations of the world at that time) committed to a legally binding document in international law – the Mandate for Palestine, in which Israel was to be an independent nation, sovereignly governed with its capital as Jerusalem. Non Jews were welcome to remain there, but the nation of Israel was to be the nation of Israel. It was to be inhabited by Jewish Palestinians. Arab Palestinians were welcome to stay or move to another 3 nations created at the end of World War 1 – Iraq, Syria (and later more than two thirds of the land dedicated to Israel was given away to form the nation of Jordan). The little bit that was left was dedicated to the Jewish peoples as their homeland.

From a Biblical sense, to move the Australian embassy to Jerusalem is the right thing to do. It is where Jesus will rule and reign from when He reutrns, so we would be aligning with the God of Israel and coming again under the great blessing of the Almighty in our support of His nation.

We need to ‘just do it’. Call the horses to attention. Everyone ready? The sun is going down, we can’t go back, the horses need water, the only way forward is the wells of Beersheba. Let’s just make the decision and go – we are Australians. That’s what we do!